The history of the Women’s Movement is replete with radical advances and pragmatic withdrawals. Feminism is an intellectual tradition and a social movement at the same time. Since a new tradition takes time to garner legitimacy from the intellectual establishment, it often becomes imperative for the proponents of the said tradition to establish a foothold in society. This has been particularly true in the case of the women’s movement, not only for providing a theoretical framework for analysis of social phenomenon, identifying how equations of sexual power and associations of male privilege underlie the structures that are responsible for the making of society, but also advocates alternative social arrangements which do not facilitate the subjugation and oppression of women.

While the early feminist movements were focused on reclaiming social space, the evolution of the feminist discourse has revealed the multitudinous factors that play a role in the making of a ‘woman’ and that it is impossible to look at or categorize women as only women. The category of women cannot be separated from the types of class, race, religion, etc. Taking a cue from Judith Butler, scholars have interrogated the issue of social construction by distinguishing the biological category of sex from its cultural interpretation that is gender. They argue how a biological body is transmuted into its gender through a series of acts which are renewed, revised, and consolidated throughout history.

In this context, the Indian case warrants discussion. For such a volatile society as India has a devastating impact on women who already have to undergo perennial exploitation. What further aggravates this is double marginalization owing to the issues of gender construction on one hand and that of the baggage of backward class, caste, or ethnicity on the other.

Movements related to women’s issues in India do not owe their genesis to the idea of ‘feminism’ as it developed in the West. The roots can be traced back to the colonial challenges India grappled with. The colonized, male elite realized that in order to safeguard the Indian socio-cultural ethos against the destructive effects of colonial modernity, the status of women would have to undergo a qualitative change. The women’s emancipation movements were spearheaded by men themselves, reducing the former to nothing but passive recipients of reform that mostly had a ‘protectionist’ orientation rather than aimed at rendering a milieu of free voice, choice as well mobility for the women.

Although leaders like Gandhi encouraged the active participation of women, they were still anchored to the patriarchal ethos and guided by the national recital. Furthermore this nationalist orientation shaped the very idea of ‘womanhood’ in this period, as sharply reflected in the words of Anupama Roy, “The national movement opened up possibilities for women’s public participation by foregrounding their sacrosanct ‘femininity’ as an embodiment of the spiritual essence of India.”

Till independence, the women’s movement in India was overshadowed by the grand narrative of the national project. The 1970s marked the resurgence of what got termed as the New Woman’s Movement; this period highlighted the beginning of an autonomous women’s movement. For the first time, women’s cause was taken up by the stakeholders themselves. Finally, the issue was dealt with from the perspective of ‘gender’ and patriarchy, critically engaging the unequal power dynamics.

However, this modern phenomenon of women’s movement failed to resist homogenizing tendencies. Now the voice was sharper, coming from the women themselves, but in process, it ended up sidestepping the complex interplay between gender, class, caste, and religion and how it distinctly impacts a woman’s social encounters. The mainstream woman’s movement did not recognize the layered identity of a woman.

Hierarchy within the women’s movement

The dominant narrative focused on gender-based discrimination in wages and legal rights in the workplace, failing to realize that, for a Dalit or a poor woman, these are castles in the air. For them, the mere struggle of surviving the ‘double marginalization’ in their everyday life was the utmost priority. Ironically, when marginalized women sought their platform, the mainstream women’s movement adopted a conciliatory attitude and brought them under their umbrella. But, Dalit or even Adivasi women were assigned a secondary role in the movement where they don’t have a voice of their own. Thus, an independent consolidation of the marginal voices was prevented with success. Whenever Dalit women took the lead themselves, it was the educated ones who could do so. This brings the question as to why marginalized women have to climb up the social ladder to get recognition from their privileged peers. In pursuit of dismantling one hierarchy, the mainstream is, thus, creating another.

This exclusion also affects women from other marginal walks of life. Disabled women have failed to fulfill the dominant ‘beauty standards’; the approach adopted by the mainstream movement towards them is also problematic. Across both theory and practice disabled women have been sympathized with. This has reduced them to ‘victims’. While their oppression must be highlighted, the approach has to normalize the entire issue of ‘disability.’ Compensation and welfare schemes would not annihilate the root cause of this oppression.

Secondly, the issue of sex workers has been addressed inadequately. The problem is not their health, but their very identity is emanating from their profession. The women’s movement has to address the derision regarding their work and the lack of financial security. The organizations working for them have to go beyond HIV awareness programs and focus on ensuring financial security for sex workers.

Last but not least, the claims of the ‘queer’ or LGBT community must be recognized. The most crucial argument that Queer Theory puts forward is that individual sexuality is the fluid, fragmented, and dynamic collectivity of possible sexualities, and it may vary at different points during one’s life. This sharply contradicts the structure upheld by the gatekeepers of normativity, and it is this contrast that puts into scrutiny the mainstream movement’s parochial understanding of sexuality. While they have thoroughly discussed the sexual violation of a ‘straight’ woman’s body by a man, what they have failed to take into consideration is that a ‘correctional rape’ of lesbian is an equal violation of her body and sexuality.

This trend of deliberate marginalization is not restricted to India only. In the United States, a section of white women suffragists argued that people of color were undeserving of the right to vote, citing their lack of ‘culture’ and education. Black women were not invited to attend specific meetings, excluding them entirely. Thus exclusion of marginal women is a global phenomenon irrespective of the spatial, temporal and cultural context. Although many have argued that highlighting differences would be counter-productive, the solution lies in the approach adopted. Rather than addressing only the disparities and perceiving each other as contenders, different categories of women need to focus on the common source of oppression i.e., patriarchy. The key to the solution is concentrating on the ‘what’ rather than the ‘who.’

Feminist movements have evolved democratically and grown more diverse over time. They have to organize laterally, and consolidation is the only way the different groups can work together, and sustain themselves. However, grappling with the questions of diversity is not easy, especially in an era where individual validation is prioritized over collective emancipation. At present, the global women’s movement in general and Indian women’s movement, in particular, are faced with challenges both from within and without, necessitating constant negotiation of the terms of internal coordination so that no group is marginalized. Internal coordination demands vigilance and clear dialogue between groups. Only then is it possible to arrive at a working solution and realize the project of emancipation? The interconnected nodes of oppression that constitute the hegemonic matrix have to be identified and systematically destroyed. 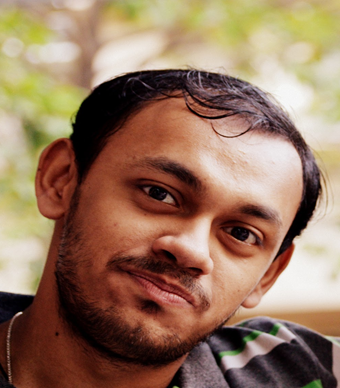 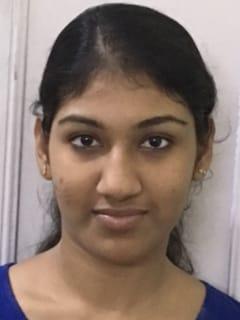 Sreemoyee Majumder is a 2nd year post graduate student pursuing Political Science with specialization in International Relations at the Department of International Relations, Jadavpur University. She has co-authored two articles published at The Geopolitics (THG) and one at the Kalinga Institute of Indo-Pacific Studies (KIIPS).

A baleful feature of contemporary Indian politics is the subjugation of the mind to partisanship in the narrowest sense.

Democracies are like sand-castles, and they crumble down when they face a reactionary tide, emotions such as indignation and resentment take the reactionaries away from the present to a time-frame where the framework of morality itself changes, thereby providing them the scope to justify any radical action. It is important to engage with reactionary ideas for their loathe for the present, if went un-noticed and unengaged, might turn into a political storm.

2019 has been a year of unrest. People all around the world from Hong Kong to Chile, from France to India took to the streets to raise their voices against tyranny. All these protests have one thing in common – Protest Songs. We can hear people in the streets singing Bella Ciao, A rapist in…

Firstly, the author of this piece does not claim to be an expert in political science, philosophy, or political psychoanalysis. He is a typical, run-in-the mill student who loves to think and reflect. The current circumstances forced me to play out the following thoughts in my mind. These thoughts, to quote Bhagat Singh, have not…