“Liberty in thought and action is the only condition of life, growth and well- being : Where it doesn’t exist, the man, the race and the nation must go down”

As India celebrates 75 years of its journey as a sovereign independent nation-state on the world map, its tryst with the ideals of ‘liberty’ remains an even longer journey. Much before Mill, Milton, and Berlin could theorise liberty, much before the West could even awaken to these stimulating realities, the Indian conceptualisation of ‘liberty’ was never purely individualistic or atomistic. Rather, it has always envisaged freedom within a larger social context – what we often label as ‘qualifying clauses’ in contemporary terminology, the freedom to criticise/ridicule without stifling ideas, such that the freedom of the self doesn’t translate into unfreedom for others.

This article sincerely attempts to explore how the country’s religio-cultural milieu has proved immensely significant in shaping these ideations over the years and identifies core areas where these libertarian ideals seem applicable in realising the impending reforms of the 21st century, reflecting on the road ahead to make the Tiranga (tricolour) fly even higher in this Azadi Ka Amrit Mahotsav.

Intersections with the Religio – Cultural Milieu

From being the ‘cradle of the world’s greatest ancient civilisations’ to the Age of the Guptas and Mauryas, from the coming of Islam in the Indian subcontinent to British colonisation and subsequent political independence, the famous lines of Pandit Jawaharlal Nehru’s ‘Tryst with Destiny’ address reverberating through the air, “At the stroke of the midnight hour when the world sleeps, India will awake to life and freedom.”  The Story of Bharat is a journey – long, unwinding and transcendental, a perennial ever-flowing river meandering its way through challenging and rugged terrain, the ideations of Liberty evolving with its every intersection with the historical trajectory,  thereby remaining a phenomenon in transmogrification.

The point of genesis is perhaps traceable to the Vedas, no wonder Gurcharan Das writes ‘What is Liberty for America, It’s Dharma for India’. Dharma is understood not merely as svadharma (performance of one’s own duties) or purusartha (desires of man).  Dharma is also perceived as a  regulator of the societal order, as moral obligations/sacrifice for one’s community, as an ethical code of conduct and ultimately as the regulator of the entire cosmos aiming to build up a truly integrated personality. It is aimed at aiding the realisation of a truly complete life – materially rich (artha), aesthetically beautiful (kama), ethically sound (dharma) and spiritually emancipated (moksa).  Manu, the progenitor of humanity lays down rules establishing the vitality of justice and societal harmony striking a perfect balance between individual and the community, man and the human race, citizen and the state. This is to ensure that a strong polity rests on the foundations of a just and stable society, the Kautilyan Arthashastra echoing similar sentiments, for ultimately in the ‘happiness of the subjects lies the happiness of the King’.

As a ‘reformist spirit’ swept across the subcontinent in the 4th – 5th century BCE marking the advent of a Shramanic religio-cultural climate, the Buddhist and Jaina ideals of “Do unto others as you would have them do unto you” became all the more prominent leaving palpable imprints on an Indianised understanding of liberty. It highlights the essence of ‘consent and public service’ in contractualist rulership theories. With the coming of Islam dawned a new era roughly corresponding to the Medieval Ages in history further demonstrating the vitality of the intersections between religion and politics as a cornerstone of Indian classical philosophy. Influenced by the composite culture of his times, his political astuteness and depth in Islamic Law made Abul Fazl the perfect ideologue for Akbar, his reign symbolic of the ‘high noon of Muslim rule in India’ aiming at the creation of a ‘new identity and autonomy’ for the Emperor adulated for his remarkable administrative achievements.

To quote scholar Partha Chatterjee ‘free press conceived as a pivot of Liberty’ isn’t characterised by merely legal provisions and organised media agencies – it is the ethos of a free public space encouraging interaction and interchange which matters. Fazl’s Akhlaqi tradition ensured it was a reality under Mughal rule – the engagement of multiple strands of conservatism, heterodoxy, syncretism; interactions between multiple actors and faiths. This illuminates the canvas of the Medieval age positing a semantic displacement without calling the premier norms and institutions of the Islamic faith into question. The Battle of Plassey (1757)  formally drew the curtains on the Medieval era paving the route for British colonisation – setting the stage for a criss-cross between christianised occidental modernity and the subaltern Indianised Oriental.  ‘Freedom’ as a buzzword gripped the colonised throughout the national movement and perhaps even earlier.

Swaraj according to Gandhi thus was never merely political independence/self-rule rather it was an all-encompassing, comprehensive notion geared to the realisation of genuine and bonafide public interest wherein parallels with Rousseau’s thought become difficult to ignore.  The Gandhian vision of attaining ‘Swaraj through Satyagraha’ reiterated that no one person may claim to be the ‘seer of absolute truth’, the ultimate truth evolving only through a dialectical process of conflict between multiple facets of smaller truths, in turn, harping on the quintessence of a ‘dialogical sphere.’ It also recognises the right of opposing viewpoints to be shared, discussed, accepted and even respected positing bolder alternatives to western democracies. According to Gandhi, these ‘were on trial if they hadn’t already failed’, ultimately translating ‘Swaraj through Satyagraha’ into Sarvodaya (Universal Uplift/ Progress of All). Rabindra Darshan may seem an equally fantasising alternative to ‘Cosmopolitanism and Internationalism’ in times of growing nationalistic fervour. The question was whether one should discount the audacity of hope, the ‘freedom of the mind’ to transcend established contours and test for oneself whether the magnitude of the flight is greater or the magnanimity of the skies is.

Whereas, the stalwarts of Hindu thought like Swami Vivekananda and M.S. Gowalkar identify ‘religiosity’ as defining parameter of nationhood slammed by liberal secularists as ideological adversaries of liberty. But the words of Vivekananda, “Jibe prem kore jeijon, seijon sebiche ishwar” (one who serves humanity, serves the Lord in the true sense) resonate loud and clear continually bringing back the one vs many, personal vs the community, individual choice vs collective welfare debate back on the table. This remains amongst the seminal minds deserving attention this 75th Independence Day as the quest for creating a ‘new unexplored continent of freedom’ in the country continues unhindered and unabated.

Standing in the third decade of the 21st century as independent India looks back at 75 and marches ahead to complete a glorious 100 years, it becomes only imperative to identify core areas where these ideations find relevance –

The New Education Policy, 2020 seeks to propose a comprehensive plan to transform the Indian Education system into a world-class model based on four pillars: Access, Equity, Quality and Accountability. But, academic freedom in India as reported by International agencies seems to be on the decline as curbs, coercion and censorship seem on the rise.  Innovation in Education is driven by Research & Development. So, it is the right moment to seize upon, cradle and nurture the sentiments of “Where the mind is without fear and the head is held high, where knowledge is free,  where the world has not been broken up into fragments by narrow domestic walls” giving the academia a gentle nudge to shed its ‘elitist tendencies’ moving out of ‘ivory towers’. This is imperative for pursuing a humanistic approach to research putting society and its interests at the heart of affairs.

Since the early years of Independence, the continuity of the Indian Civil Services (ICS) as it was formally known under the British era figured as a burning issue in the Nehru – Patel disagreements.  A ‘liberal democrat’ Nehru was worried about the ‘continuance of colonial paranoia’ and Sardar Patel was concerned about administrative pragmatism to bind together a country of India’s size and diversity. 75 years down the line, appointments via the Union Public Service Commission (UPSC) continue to rest on the ‘academic merit of the candidates’.  It is important to note that there has been an overhaul of the recruitment process emphasising hiring specialists with practical/field experience for yielding concrete results on the ground.

In addition to that, the focus on mid-career training and continuous inculcation of a sense of purpose, motivation and duty strengthened accountability mechanisms in the prestigious All India Services. An institution where ‘there is often no looking back’ on ensuring autonomy, neutrality and freedom from excessive political interference enabling a ‘service-oriented bureaucracy’ accountable not just to people’s representatives but to the people themselves realising the vision of the framers of the Constitution in true letter and spirit.

If defections, criminalisation of politics and declining institutional credibility plague Indian democracy of the day coupled with deteriorating rankings in the Freedom House Survey reports, the roots of the problem seem far more deep-seated. Former Prime Minister Dr Manmohan Singh had identified ‘Naxalism as the gravest threat to India’s internal security’, and current Prime Minister Shri Narendra Modi reiterated such apprehensions even as Terrorism is only gaining ‘velocity as a major security threat’.  The genesis of such dangers originates from amoral and unprincipled politics and ultimately a corrupt system crippling the bureaucracy and redressal mechanisms,  corruption is understood not merely as financial fraudulence but as corruption implying deviance from the expected code of conduct.

As we deliberate on the road ahead, the reformatory mantra shall draw upon the seminal minds, the world needs to hear these oriental voices resonating loud and clear, positing liberty not merely as negative freedom – freedom from something but positive liberty. Positive freedom entails freedom for something, freedom to enact and enable going beyond legal constitutional reforms in developing a proactive and participatory political culture fine-tuning liberty as libertarianism and liberation.

It is to note that ‘liberty as emancipation, empowerment and enlightenment’ shall alone and alone prove to be the battle cry in making the next revolution propelling Bharat to a Vishwaguru status (world leader). As the tricolour unfolds and unfurls itself through the magnanimous blue skies this Azadi Ka Amrit Mahotsav, as we wait and watch awaiting a fusion, an inseparable unity of Liberty and Loktantra learning from the past, acting in the present, beckonings for a brighter future looking at enchanting sunsets only hoping for the sun to rise again! 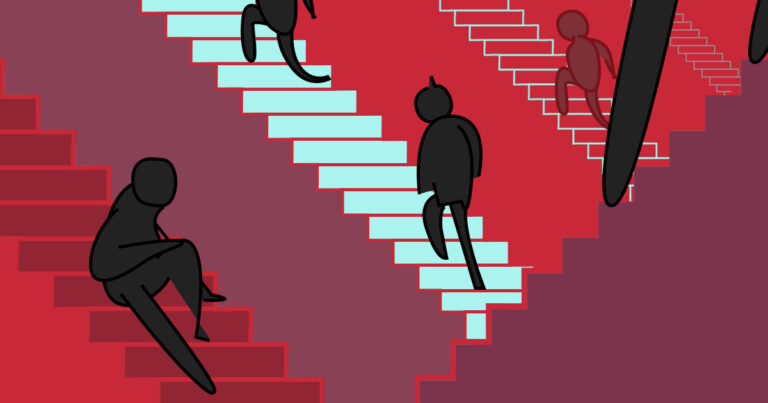 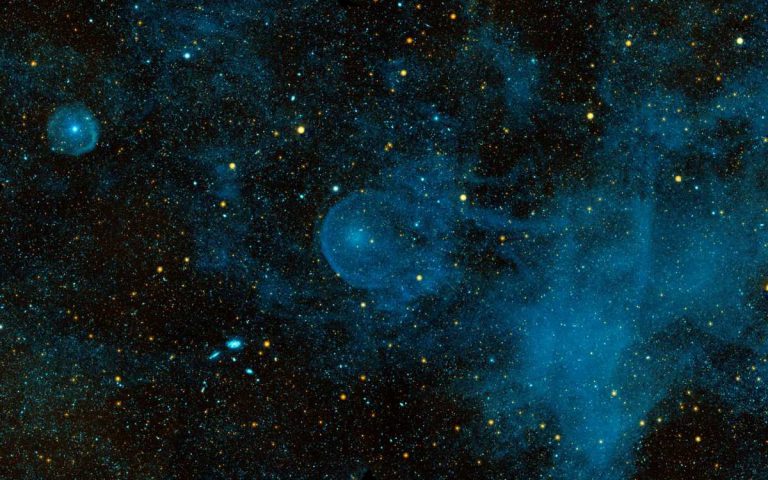 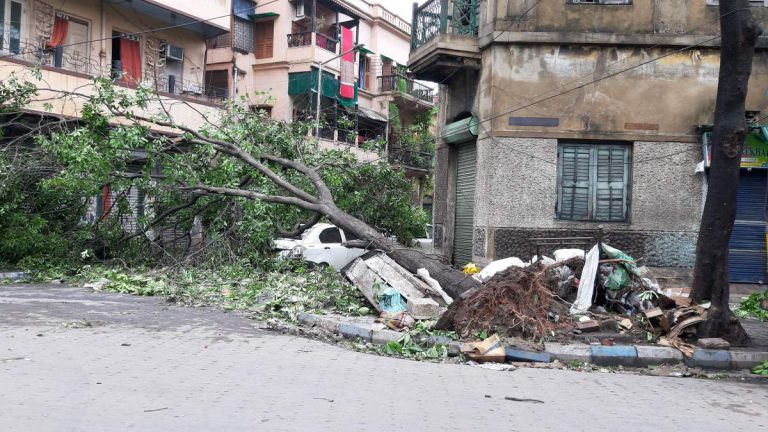 It is foolish to think that any relief aid is either apolitical or unincentivized. Relief, by definition, is political. Imagine water tankers during a crisis, those which start from posh elite regions to finally reach the comparatively less well to do and underprivileged. 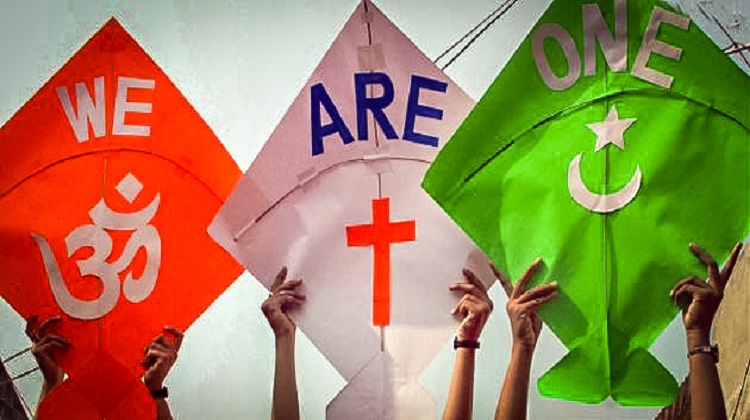 There was a documentary film that used to be shown on Doordarshan in my school days. It was about unity in diversity, and had a catchy song “Ek, anek…Hind desh ke niwasi sabhi jane k hai. That was the time when this sentiment was entrenched in all our hearts. Our country has for ages, had… 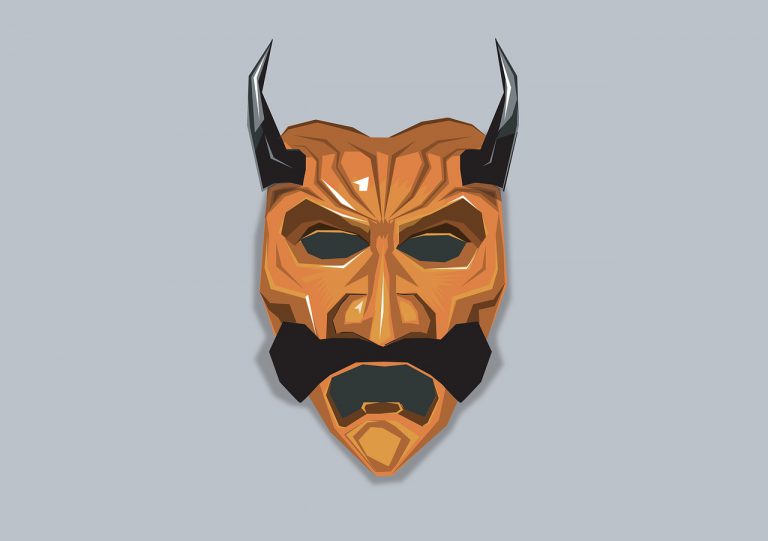 According to the book of Purana, Hiranyakashyap, the king of daitya-s (demons), had desired a boon from the Lord Brahma, the Creator, that he be immortal. The Lord, although pleased with his penance, said, “I cannot grant that boon!” The crafty, intelligent, supremely powerful Hiranyakashyap noted, “In that case, grant me a boon that I can be killed by no one… 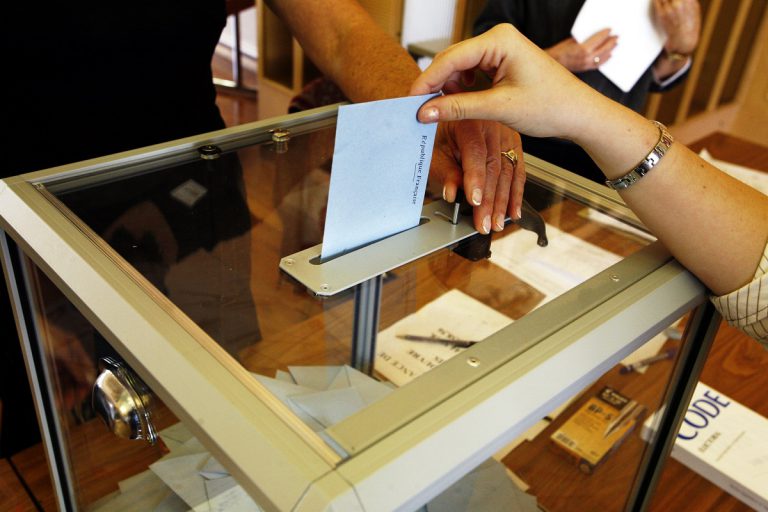 “The best argument against Democracy is a five-minute conversation with the average voter.” Winston Churchill If someone asks you, “What do you understand by the word democracy?” what will you answer? Most of us answer, saying, “Why? I have the power to vote in my country, and that is my democratic right.” Well, my question…